Finding My Way Back

On my way home from the Philippine Consulate in Washington, D.C. this afternoon, I had to take a big detour to my friend's office to give her some goodies she asked me to pick up from a Filipino gourmet store.

Just before I was living Karen's office,  I spoke to both of my daughters since both of them wanted me—in similar but conflicting ways. Older daughter wanted me for my car cause she doesn't want to drive the Suburban because she said it's too big for her. Younger daughter wanted me as a driver to pick up her and her friend from their school. I managed to reconcile both of their demands, satisfying both of them, but not enough to make them feel that it was a win-win situation, and not enough for me to feel successful and skillful .

Few minutes of driving later I discovered that the directions that I printed off from Google Map were very precise, except the name of a street seemed to have been changed from the minute I printed out the directions two hours before to then. So I ended up using my GPS that I don't like using when I'm driving inside Washington DC because I have set my settings to "shortest distance, less traffic" but in this nation's capital there is only shortest distance but never less traffic and it once lead me in a dead end road. I didn't have enough time to figure out how to change my settings while waiting for red light to turn into green...lol. Anyway I managed to find my way to the road I needed to get out of the city after almost an hour of driving around a feat I was proud of. Just as I realized that I had made it and it was smooth sailing, I looked to my right and saw the Iwo Jima Memorial looming very, very large. Through the trees I could make out the huge statue and I even managed a bit of rubber-necking to look at it from different angles. 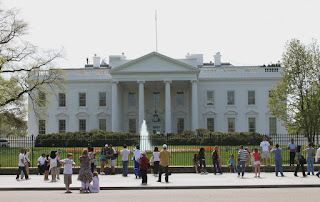 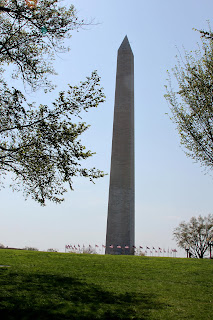 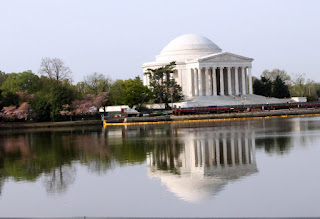 Jefferson Memorial
As I drove along the George Washington Parkway I also passed and saw the Lincoln Memorial, the Washington Monument and the Jefferson Monument. There’s something special about living near important sites or monuments that makes you feel a sense of pride for having that thing or place in your life. Its proximity somehow embraces you and raises you up ever so slightly from once in a while doldrums of your life and puts you, even momentarily, into a historical perspective. 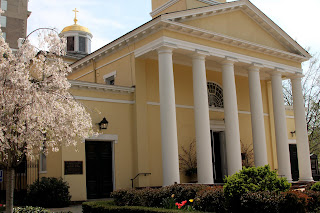 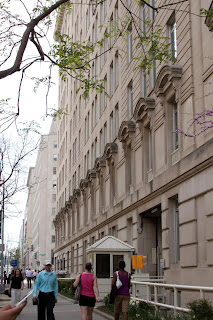 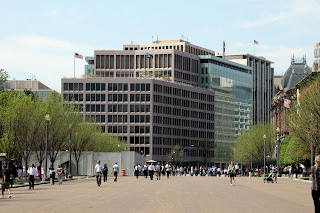 when was the last time you lost your way and ended up enjoying the beauty that surrounds you?
Are there places where you live that make you feel a part of history?
Posted by Amie at 1:47:00 AM