The Best Gift He Ever Had 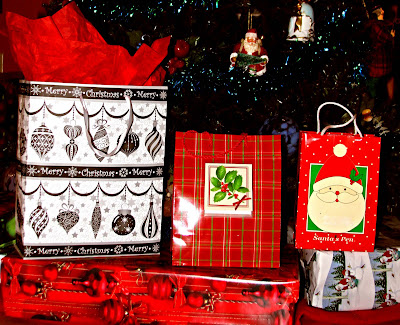 In one of my early posts, I wrote about my friend Ron, who just retired from work and few days later he was diagnosed of having esophageal cancer. Guess what? in less than a year later, after going through series of chemotherapy and radiation and surgery last August, he finally gained his health back. And just two days before Christmas, he got the most wonderful gift he'd ever wanted. His latest PET and CT scans and all three doctors confirmed the good report— he is  free of cancer! That's just barely four months after his surgery. Isn't it amazing? God really works in many wonderful ways. In our conversation this morning, he could not thank God enough for giving him his life back. He said that he was never a religious person but what he went through really made him realized how God really works and how He listens to prayers. Ron said that he had never prayed more than he did when he was going through his ordeal. Everyday he is a witness to how God works miracles through his doctors, friends and all who care about him.

I was weeping with gratitude and overcome with every emotion imaginable as I was listening to Ron talk about his plan for his second life. I cannot describe the happiness he feels for the gift of life.

He still has to have his hormone dosage tested in a few weeks, and twice a year check-ups to make sure the cancer hasn’t returned. It's by no means over and there are no guarantees in life. But he chooses to look at all of this is good and if the statistics are right, then things are in his favor that he will stay cancer free for years to come. He's grateful to taste the food again, smell the tree, feel the warmth of the fire, and see the new year as the time he conquers this disease!

One day at a time, one step at a time, I am so thankful for Ron to be alive...