I have been a football fan for many years of my life. I really enjoy watching this game. I started watching NFL back in 1995. I can't forget that afternoon when I was flipping through the channels and happened to click the Superbowl championship between San Francisco 49ers and San Diego Chargers. From that day on, I have become so interested in the sports and watch superbowl on TV every year.

Last September 11 and 12, we were in Jacksonville, Florida visiting family. They took me to watch their home team Jacksonville Jaguars play againts Tennessee Titans. The game started at one o'clock in the afternoon and the temperature was 95'F. Even that didn't diminished the excitement I felt for being able to watch NFL game live. And being there when the action took place was amazing to say the least. In spite of that seething Florida heat, the Everbank Field was filled with Jaquars fans who have always been very supportive of their home team. Watching that game was even more special and memorable to me because it was September 11 and halfway through the game, there was a commemoration of the September 11, 2001 terrorist attack on the US. Footages of that dreadful event were being shown on wide screens of the football field and hundreds of red, white and blue ballons were released in the air and few members of US Army, Marines, Air Force and Navy held and spread the American Flag in the middle of the field while Charice Pempengco was singing "God Bless America." Up in the sky, the three members of the US army were flying in parachute and after a couple of minutes they landed in the middle of the football field. The whole stadium was quiet even if it was full packed with fans; which made the moment so touching.

Here are some of my photos of that memorable day: 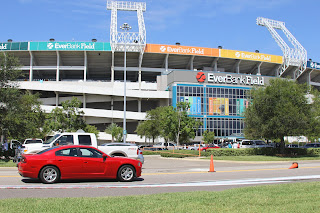 The Everbank Field--Home of the Jaguars 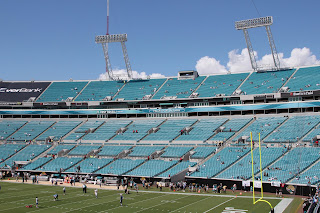 the stadium was still empty when we got there 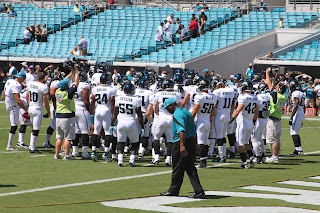 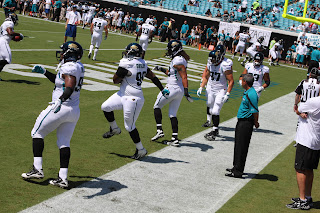 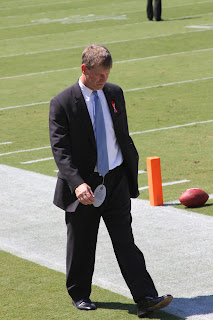 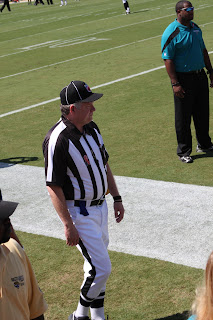 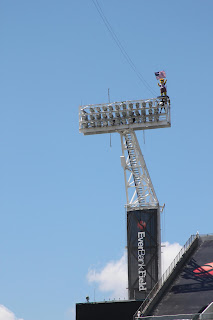 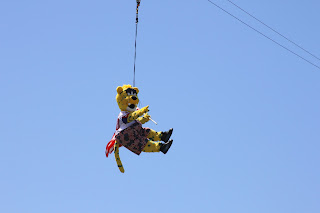 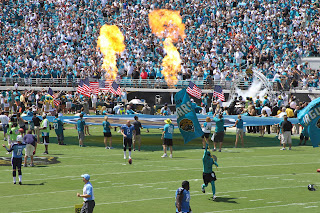 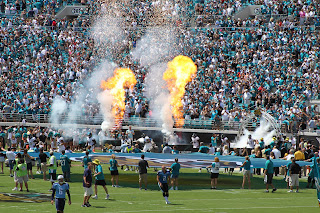 start of the game---here they come!!! 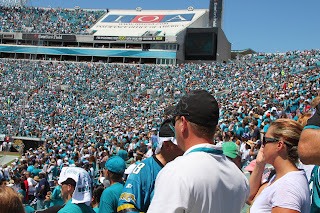 the stadium filled with fans 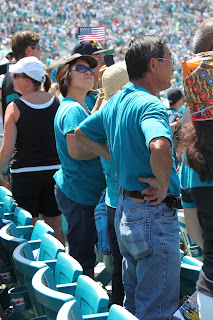 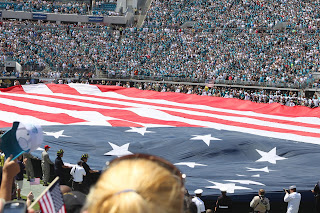 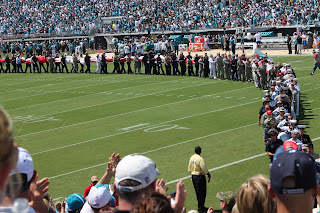 carrying the flag out of the field 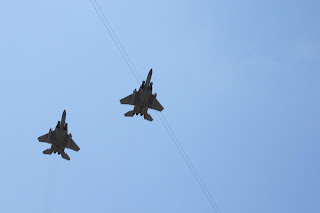 signal of the start of the game....

Remembering 911; so touching and made me teary eyed: 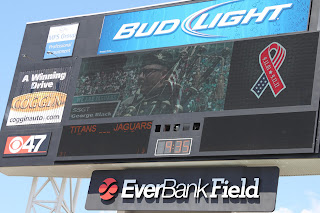 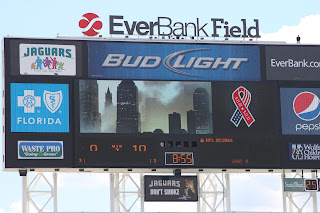 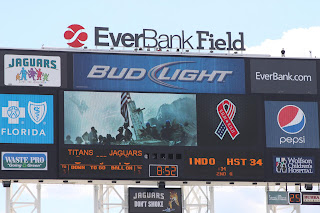 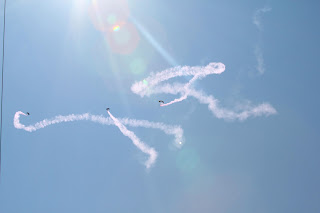 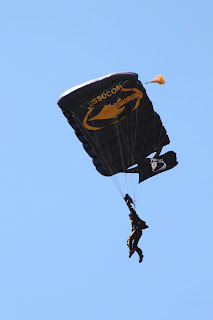 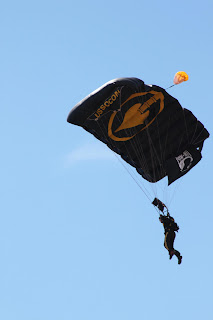 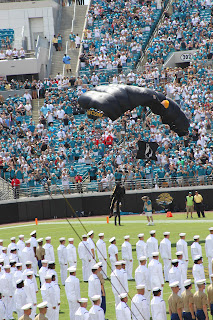 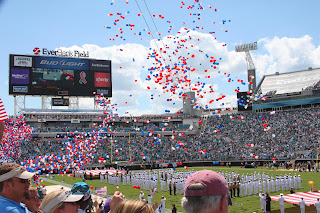 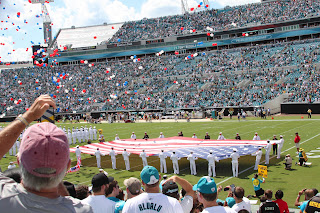 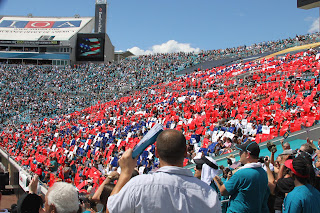 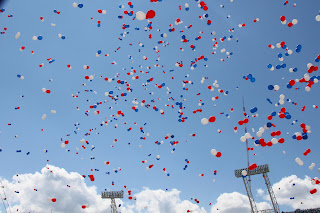 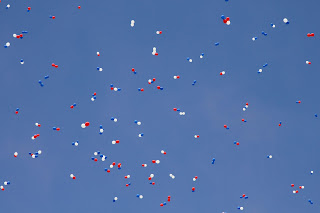 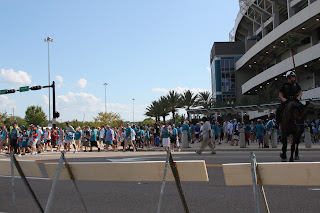 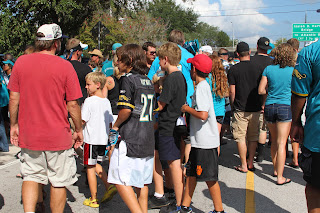 Watching the fans celebrate the victory of their home team made me smile and felt like celebrating with them. While at the same time what I witnessed during the commemoration of 911made me reflect on how that day and that tragedy changed the lives of all American people and the rest of the world.  What a day!