Come step into the past for a moment and let me take you to a different time. My recent trip to Monticello in Albemarle, Virginia was very informative and an amazing travel down history 300 years back. It is Thomas Jefferson's mountain-top home and designated as UNESCO Heritage Site in 1987 and is one of the finest examples of the early Classical Revival style in the United States.  He built it between 1768 and 1809. This National Historic Landmark attracts approximately half a million tourists every year. Thomas Jefferson is the principal author of the United States Declaration of Independence, third President of the United States, founder and deisgner of the University of Virginia, also a UNESCO Heritage Site and just a couple of miles away. Let me share with you my experience of Monticello and its yard and gorgeous gardens through some of these photos that I managed to take. Taking pictures inside the museum was not allowed.
The drive to get there: 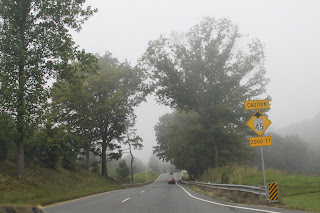 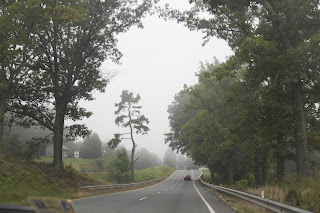 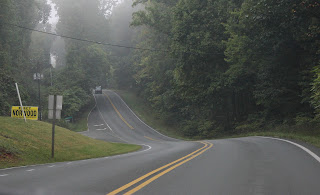 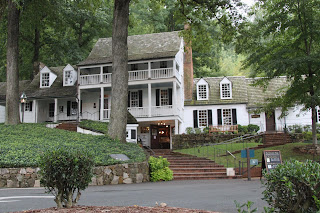 Michie Tavern was built in 1784 and less than a mile away from Monticello. Foods serve here are from pre colonial United States and they are really good.﻿ 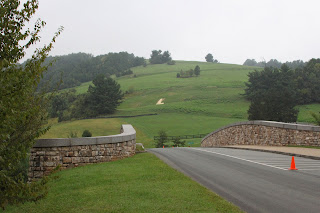 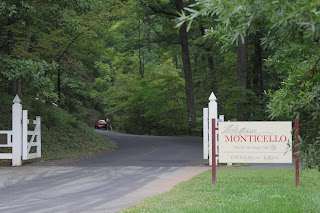 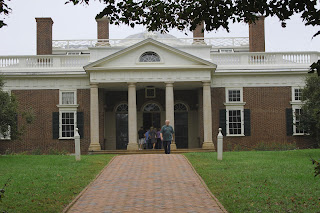 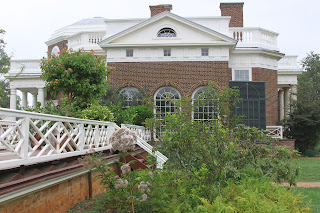 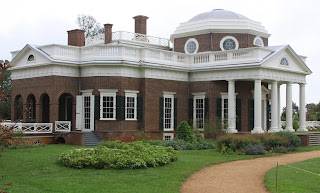 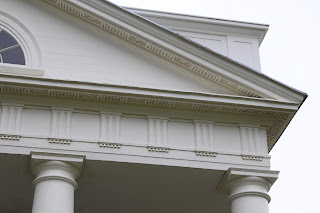 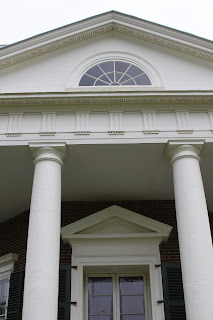 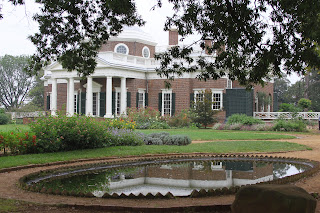 Blooms in the garden/yard 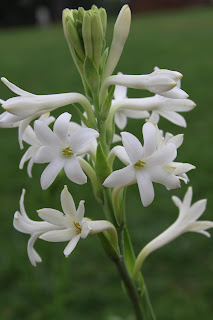 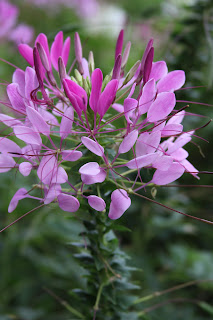 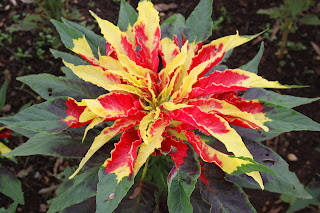 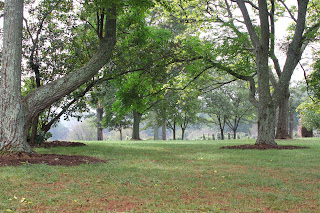 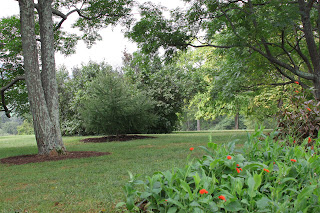 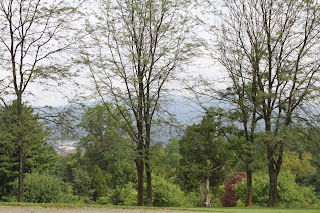 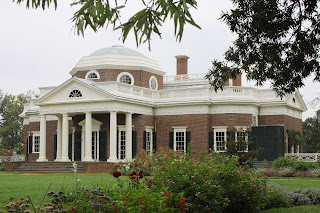 My trip to Monticello made me learn more about this great man and thus admire him even more. It was really amazing to see the way that Thomas Jefferson designed his home. It was filled with his innovations, many of which he designed or adapted "with a greater eye to convenience." As in the rest of the house, the bedroom's furnishings illustrate many of his ideas about the efficient use of time, space, and light, including prominently placed clocks, space-saving alcove beds, and light-maximizing mirrors. At the end of the tour, I found myself wanting to know more about him, his life and his passion. He was a man of letters, an intellectual, an artist, a statesman and a lover of the finer things. There is so much to learn about him, and that tour gave me a glimpse of the world Jefferson and his family inhabited.. That was such a fulfilling day for me.