For The Love of The Sports 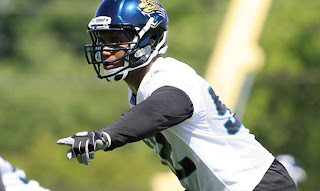 I am a known die-hard sports fan. Although golf is my most favorite game and I can really play well, I also love watching baseball and football so much. My favorite baseball team is Cardinals (oh I love Albert Pujols) and my favorite football team is Jaguars. Last Sunday, I watched the PGA Championship, the Jaguars vs. Eagles game at my friend's house because they have satellite connection,  where  I can always rewind the game if ever I missed the action and not cable channel like what we have in the house. Besides our teams were playing against each other. They are from Philadelphia so they are Eagles' fans. 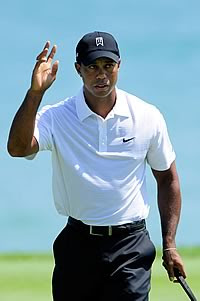 I was quite frustrated at how my favorite Tiger Woods had played lately including PGA Championship finals last Sunday. But after what he'd been through I don't expect him to get back to how he used to play. Golf is such a mental game that if you're distracted because of so much issues in your life, it's just so hard to be focused and winning is going to be very hard if not impossible. Jaguars was also defeated by Eagles 27-28, but such is the sports as in any battle in life. You either win or you lose. What matter is I know my team did their best. And I really enjoy watching them play.

While driving back home, I thought about what Marina told me in between commercials while we were watching the Jaguars-Eagles played. She said satellite tv is not even a close comparison to cable tv. She told me to look at the packages offered by the Direct TV and different cable tvs like Dish Network, Comcast, etc. She said she never missed watching her favorite Filipino shows too because Direct TV have TFC and GMA. This got me excited and made my decision real easy... Guess who's coming to the house tomorrow morning???

I can't wait to watch news straight from the Philippines right in the comfort of our living room. And I will enjoy even more while watching my teams play. Ti's not only that our TV is high definition we will also have a high definition satellite connection.
Posted by Amie at 12:58:00 PM